Shadows are an important aspect of immersive visualizations. They bind things together, showing that the whole simulation adheres to the same physics of light.

Early in the project, once the first ray-tracing experiments in terrain rendering succeeded, I realized that we can re-use it to compute light bounces for shadows and reflections: 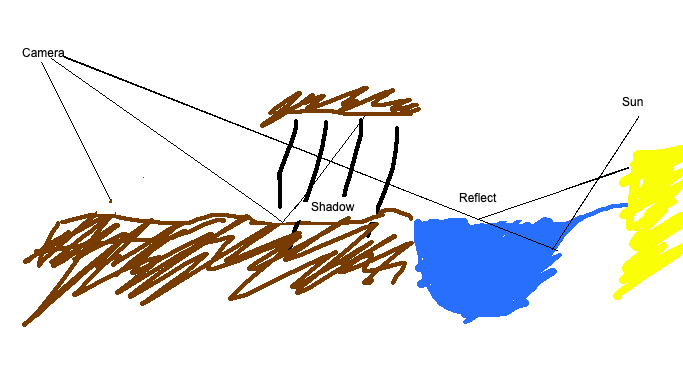 Drawing quality aside, this picture is meant to say that we were casting rays left and right:

This wasn’t cheap to compute, but was surely easy to prototype and experiment. It produced nice shadows and reflections of the ground: 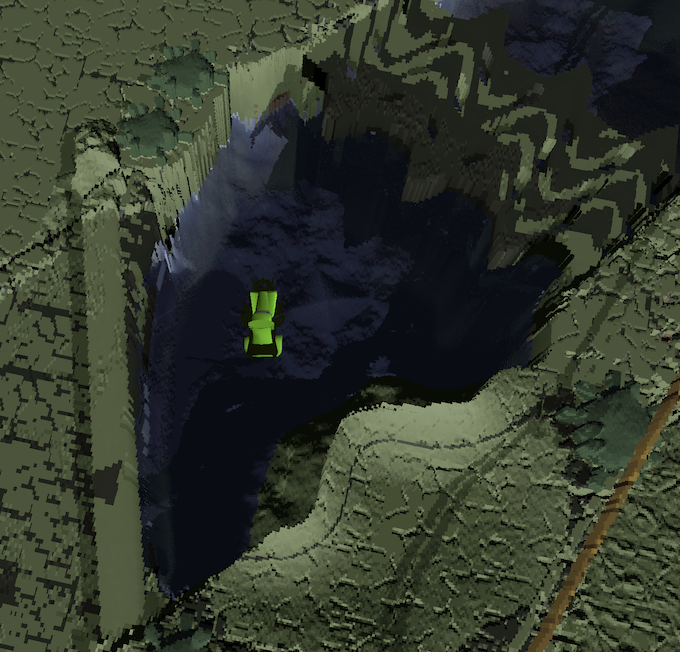 There was only one problem: mechos looked out of place. They didn’t cast shadows onto the terrain, and weren’t receiving shadows from it.

The first step in building a shadow map is writing down the math that builds the light projection matrix at any given frame. I did it in several steps:

This is how our scene looks from the light point of view now: 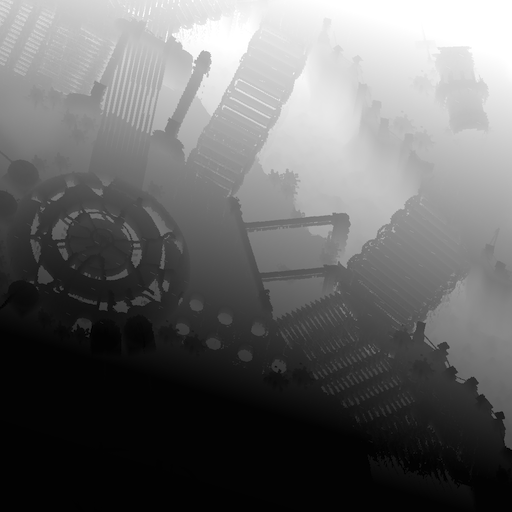 This code is included and used in both object and terrain rendering. Careful reader may notice that it’s overly generic: it does perspective division even though our light is directional. The end result looks like this: 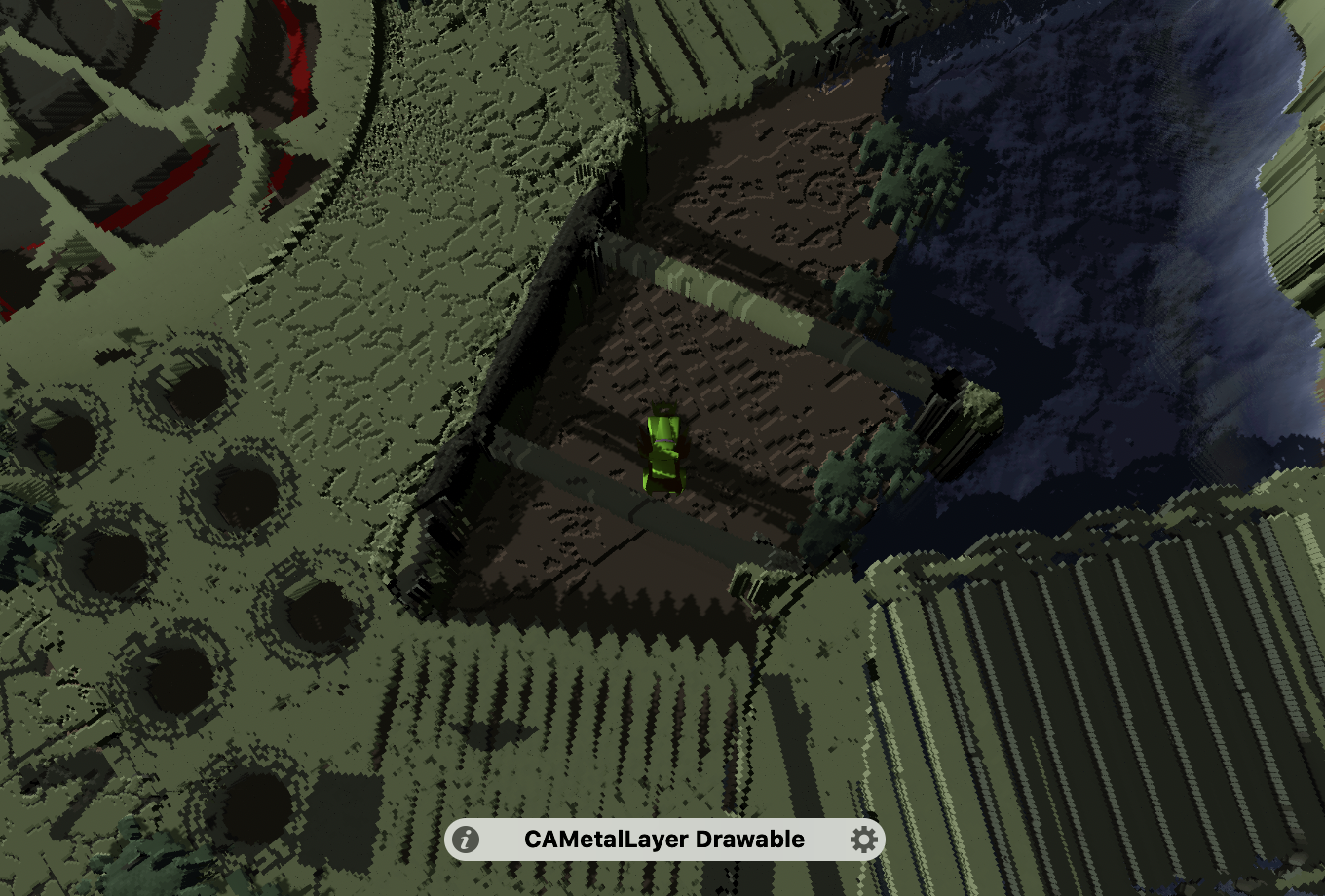 It’s nice to see the shadow when jumping, being shaded while driving below the road, by abandoned structures - the game looks much more coherent now.